Imagine life without having to worry about getting licenses. Zero worries and stress over police getting permits or stopping you while on the road.

Would not that be worrisome and free? However, the downside to that, of course, is a life of chaos and disorder. 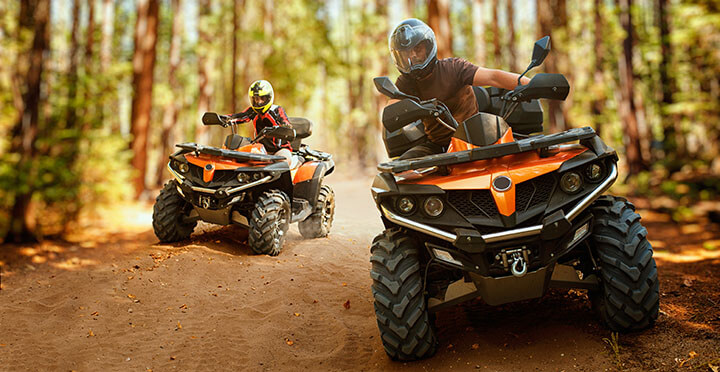 So, the simple question is: "Do you need a license to drive a dirt bike or ATV?"

Simply put, in order to get to that road on your dirt bike or ATV by yourself you need to be a licensed street motorcycle driver as well. For every vehicle especially motorized ones, it is vital to get a license.

I remember my experience of getting my student license not too long ago.

During that time, I thought getting a license makes driving a experience and skill that requires responsibility and accountability.

Get your vehicle ready

Before you can freely ride towards that sunset, you have to convert your off-road machine to a street-legal motorcycle.

An ATV, by the way, is an all-terrain vehicle. It is almost the same as a dirt bike but there are also main differences. It feels more balanced and secure and it is recommended for long leisurely rides.

However, you cannot go too fast using an ATV, especially in uneven terrains or areas. While for an exhilarating, mind-boggling and intense experience, dirt biking is in it for you.

Is Riding a Dirt Bike Hard?

If you have asked this question, I am guessing you are trying to figure out if you want to pursue dirt bike riding. If you just need a little positive push, then you have come to the right place!

The controls of the dirt bike are similar to ones of the motorbikes and as long as you know how to balance the bike (then you should know how to ride a dirt bike).

If you are an avid motorcycle rider who would like to feel the air beneath your feet and expand your riding experience by going on intense trails and obstacles well then you are (in a positive note) a league away from all the others who are still newbies when it comes to driving.

Just adapt yourself to the vehicle

There should be no problem in trying to adapt and adjust.

In driving dirt bikes, it might take quite some time to adjust especially if you are a newbie, however, time is a great consolation. Through frequent and consistent practice, learning will not be too difficult at all.

Do you remember the first time you learned how to ride a bike? It was practically hard at first but you got to keep going! No matter how hard it is, as long as you set your mind that you can and will learn how to do it then it will not be too hard at all! 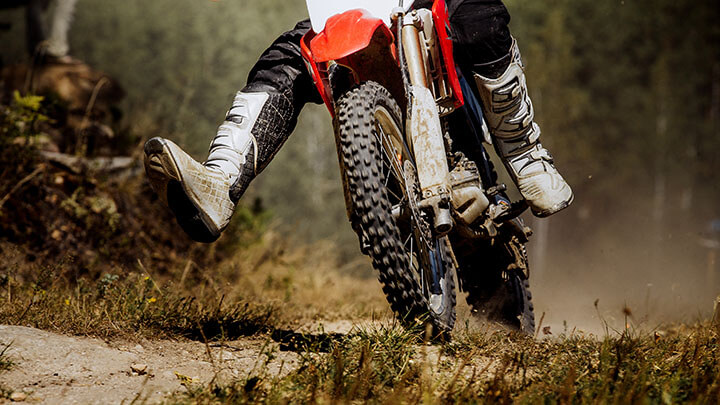 Learning to ride a dirt bike is not that so hard since if you know how to balance the bike then everything will come together. Keep in mind that a dirt bike is built lighter which is suitable for rag roads and you will be riding on bumpy mountainous or dirt areas and intense terrains or slopes.

A good thought to keep you motivated though is: once you get the hang of it then you will no longer have difficulty in handling the dirt bike.

However be warned that you are expected to crash, fall over or fly right into a standing three or a thick bush. If it was hard when you first started to ride a bike, then this will definitely be a new exciting and exhilarating ride.

It is much more complicated to tide a dirt bike than a manual bike nor a motorcycle.

Can you Ride a Dirt Bike on the Road?

Interestingly, if you prefer to use your dirt bike for transportation purposes like going to school or work while all the while using it for play is entirely possible! (Although it will be a tough battle to win)

It is best to be familiar and oriented to your state’s laws and regulations. Check this article for the details on those regulations: https://www.motosport.com/blog/how-to-make-a-dirt-bike-street-legal

Basically, all the parts of a dirt bike must comply with the list of requirements stated and adjust to them. As in the movie Spiderman mentioned, “With great power comes great responsibility”.

In handling a dirt bike from the lights (head, tail,), turn signals, exhaust, mirrors, horn, wheels, and tires, speedometer, license plate, kickstand, down to the gearing; everything must be altered according to what is required. After which the bike will be sent for approval, then you are good to go!

How old do you have to be to drive a dirt bike?

There is no age limit when driving a dirt bike; as long as you know how to operate or drive the bike (even a kid can do it!) However we have to keep in mind that there are laws that we have to respect and abide with.

Depending on where you live, some states in the United States permit under 16 driving although with special considerations (like 6-month probation) but generally you only need to be of legal age to be permitted to drive a dirt bike.

Is Riding a Dirt Bike Like Riding a Motorcycle?

A dirt bike as compared to a motorcycle in terms of control is quite similar (they both have a throttle and a clutch).

Based on height, a dirt bike is taller than the motorbike because a dirt bike is built for off-road tracks on where the bike can take the bumps and difficult terrains.

Engine per se, dirt bikes is entirely different from the motorbike.

The maneuverability also differs; dirt bikes are easier to maneuver than the motorcycle since dirt bikes have less weight and built for harsh terrains whereas the motorbikes are heavier and need a lot of room to maneuver.

Can you Ride a Dirt Bike on the Sidewalk?

This is surprisingly one of the most debated and talked on topic there is. Most countries there is consider it illegal to drive across the sidewalk. It is also dangerous especially for pedestrians that are walking safely away from drivers and their big and fast vehicles.

However, if your country is not too strict about it, here are some safety rules to check out from getting hurt or getting other people hurt as well.

1. Drive slowly. Do not go faster than certain pedestrians or maybe adjust to their pace.

2. Stop and pause - if there are pedestrians crossing that lane. It pays to be courteous when you are on their side of the lane.

3. Accidents happen - in a split of a second especially when you are not looking. So make sure to check every crossing and driveway.

Basically, when driving an ATV or a dirt bike a driver needs a license. Whether you decide to drive either of them, learning will be hard but worth it especially when you chose to work on what you want or love to do.

There is no age limit as to when you should start to drive. Although there are certain precautions if you start out too young.

Adult supervision is also required if you try driving with less than 14 years old of age. If you have started to drive a motorcycle for going on a dirt bike, you have a great advantage.

Lastly, if you would like to use the bike for personal purposes just like going to the office or getting grocery and riding on the road or sidewalk; you need to have a license (In other cases it depends on the laws and regulations of the state you are in.)

What are your thoughts regarding the legalities of riding a dirt bike? Do you agree that is necessary to get a license or not?

What are possible ways for driving dirt bikes or ATVs to be made legal? If you have thoughts, comments, suggestions, or reactions please do not hesitate to do so.